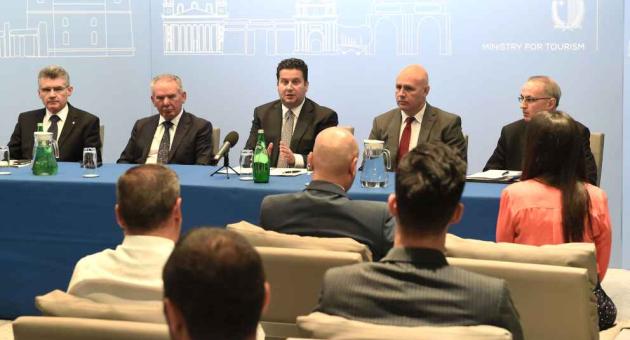 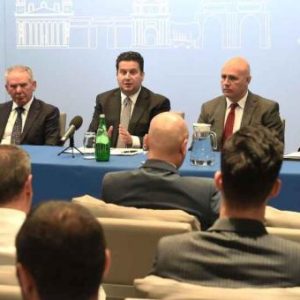 The eco-contribution, also known as the bed-tax, will be of 50 cents a day capped at €5 per stay.

Dr Zammit Lewis made the announcement this afternoon shortly after a court rejected a request by a number of touristic operators to prohibit the government from implementing the law to collect the tax from accommodation providers.

The Tourism Minister said the new implementation date had been agreed upon with the Malta Hotels and Restaurants Assocation.

He said those behind the request for prohibitory injunction were responsible for the confusion in th industry and the loss of around €140,000 in the space of one week. These funds would have been used to improve the tourism product.

Dr Zammit Lewis said the eco-contribution had been announced in this year’s budget and the government had done its utmost to make sure that the tax would be paid by tourists, not operators.

He insisted that more than half of the EU member states had a similar tax and Malta’s rate was the lowest.

The Tax Commissioner is responsible for the collection of the tax and all contributions will go into a special fund and used for embellishment and the improvement of touristic areas. The minister said he was more determined than ever to make sure that the eco-contribution was introduced.

Members of the public are urged to contact the tourism ministry on environmentalcontribution@gov.mt or 22915038 with any queries or requests for administrative help.

In the meantime, the Malta Chamber of Commerce, Enterprise and Industry in representation of its members in the Tourism Business Section including the organisations FATTA, FELTOM, MAHE and PDSA, said it has taken note of the decision of the First Hall of the Civil Court to refuse their request for a Prohibitory Injunction against the bringing into force of the Eco – Contribution on tourist bed nights.

“This request had been made against the way the tax was being introduced which ignored the declared concerns of these organisations and considered only the views of one association.

The Court refused the request on the grounds that the relevant legislation which requires a meaningful consultation on issues which affect the business operating environment did not apply to a Ministry sildénafil prix. In fact the Small Business Act (Cap 512) refers to Government departments, government entities and government agencies which are bound by its requirements when it comes to protecting the legitimate interests of the business sector. This now means that when Government wants to have a selective consultation and to choose which stakeholders to consult it can simply assign the legislation to a Ministry to take forward. It can also simply ignore, as happened in this case, the Administration’s own Directive 6 which also spells out how a consultation process should be carried out.

The lack of consultation with all stakeholders in the Tourism industry has meant that government has a skewed view of the effect the proposed implementation of the Tourism tax will have on the sector. It has pampered to the interests of only one association which is certainly not representative of all the tourism industry.

The Chamber and the Associations maintain their reservations on the situation which remain and are as real as ever. The proposed implementation of the Tourism tax will not only create an administrative nightmare but will also have a negative commercial effect on the industry especially with those tourists coming over on prepaid packages. It will also have a negative effect on the host family sector, which has been included in the collection of this tax, to the detriment of the English Language Teaching sector.

The fact that the Court’s decision was based on a strict interpretation of the law which has resulted in the negation of the spirit of the Small Business Act will only make the Chamber even more convinced on the need to protect the right of meaningful consultation to ensure that the business sector, which underpins the national economic performance, has the best possible operating environment so it can continue to grow and compete in the global market.