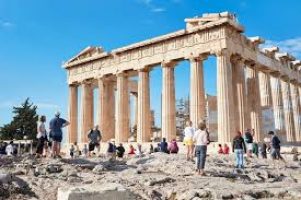 Greek legislation regarding the sale of travel services by tour operators and travel agencies established outside the European Union
1 August 2016 - 11:02

The association has received an informative note, our Greek counterpart, with reference to the Greek legislation regarding the sale of travel services by tour operators and travel agencies established outside the European Union. This letter has been drafted in order to clarify the existing framework, following numerous violations of the rules by non-EU tour operators and travel agencies.

The note is quoted below:

Following a significant number of irregularities and illegal activity by foreign travel agents observed over the last few years in our country, which resulted lately to a relative explanatory document by the Office of the Secretary General of Tourism Policy and Development of the Ministry of Economy, Development and Tourism, we would like to draw your attention to the following:
– As per Greek Law 393/1976 on the establishment and operation of travel agencies, as amended and in force, tour operators and travel agents from third (outside the EU) countries have the right to establish a travel agency in Greece [article 3 paragraph 2] in order to operate legally in the country. The above applies provided that the laws of the state of nationality or establishment of these tour operators or travel agents recognize the same right for Greek citizens or enterprises having their seat in Greece [Principle of Reciprocity].
– As is clear from the above, all tour operators or travel agents from third countries without a legally established travel agency in Greece must, consequently, collaborate with a Greek travel agency in order to legally do business in the country (namely to organize packages, make transports, book accommodation, organize tours etc.).

This legislation has been violated for a long time by a multitude of tour operators and travel agents from many third countries, who were thus competing unfairly against the legally established Greek travel agencies, but also being the source of an enormous tax evasion, which causes significant damage to the economy of Greece. Therefore, the Office of the Secretary General of Tourism Policy and Development issued recently a document addressed to all Regional Tourism Services of the Ministry of Economy, Development and Tourism, which are responsible -among other things- to control the legal operation of every tourist enterprise and to impose administrative sanctions in case of any breach of the law on their part.

This document reminds the above legislation to the Regional Tourism Services and urges them to strictly enforce the law requiring the provision of tourist services to be legally performed exclusively by legally operating travel agencies. Based on the above, stricter controls will be organized by the competent authorities at all the entry points of the country, aimed at checking the tourist coaches crossing the Greek borders, in order to establish the country they are travelling from, the tour operator or travel agent organizing the trip, whether
they collaborate with a Greek travel agency (if required), the contracts that they have with their suppliers (hotels etc.), if and how these suppliers have been paid by them etc., in an attempt to eradicate as completely as possible this unacceptable phenomenon that defames Greece as a tourist country and deprives its economy of a significant revenue, while at the same time creating unfair competition for tourism professionals who operate legally.

In view of the above, please inform your members of the situation and of the requirements of the Greek legislation in force concerning tour operators and travel agents from third countries who wish to do business in Greece. In this way they will be able to conform and avoid unnecessary problems, at the Greek borders or elsewhere in the country, which would cost them money, time, a conflict with the authorities and a bad reputation among their customers, who would experience discomforting moments right at the time when they expect to relax and enjoy their holidays.